Bill has the distinct privilege of having lived in several different areas of the United States. Life began in Connecticut where he attended grammar school. With his parents being transferred to Louisiana for business, Bill attended four years of high school in the Deep South during the height of the civil rights movement. Upon graduation from high school, Bill attended Rhodes College in Memphis, Tennessee, where he met his wife to be, Jeanne. After graduating in 1969 with a BA in History, Bill married Jeanne and moved to Illinois.

It was in Illinois that Bill began a thirty-year career in business working for several different companies. The focus of his business career was in Personnel (Human Resources). In 1975, his then current employer, Ball Corporation, transferred Bill and his wife and newborn son, Mark, to El Monte, California. Four years later, Bill and Jeanne were blessed with a beautiful daughter named Erica.

It was a few months after arriving in California that both Bill and Jeanne accepted the Lord and began their journey of walking with Him. Though both Bill and Jeanne had been raised in the Church, they had never understood what it meant to have a personal relationship with Jesus Christ.

While having a business career of over 30 years, Bill became active in the leadership of the local church. Specifically at Lake Avenue, Bill assumed many leadership roles some of which included Early Childhood team, Jr. High Team, Education and Discipleship Division, Worship Division and adult class leadership. In addition, Bill served the Lord in small group leadership, Bible Study Fellowship leadership, and mentoring.

While working in Corporate America, Bill was sensing a call from God to further blend the vocational and spiritual aspects of his life. Based upon this call of the Lord, Bill joined the Lake Avenue staff in 1999 and now serves in the capacity of Associate Pastor of Adult Ministries. Upon making the decision to move from the business world and come on staff of the church, Bill soon followed God's prompting to return to school. Over the course of the next several years of working full-time for the church and pursuing a formal theological education, Bill received a Master of Arts in Pastoral Studies from Azusa Pacific University's Haggard Graduate School of Theology.

Bill will describe his training as having learned like Moses in the desert for over 30 years and now he has augmented that important life-experiential education with the formal university training. Bill is committed to following God's plan for his life and truly feels called to utilize his gifts in ministry for advancing the cause of the Kingdom and assisting those in need. 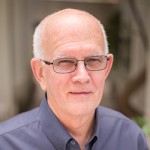