Dr. Jorge O. Sanchez was born in Buenos Aires, Argentina. The first influence he received was that of a solid Christian home; thus, through his parents' ministry, he came to the saving knowledge of Christ Jesus in his early childhood. The second great influence was that of an inspiring youth pastor who got him involved in Christian ministry when he was a teenager. God called Jorge to full-time Christian ministry when he was 19 years old. Since then, he has experienced the birth of a passion to know Jesus Christ and to share His Gospel with the largest possible number of people.

Seeking to serve Christ with increasing effectiveness, Jorge moved to Canada in June of 1980 in order to obtain his Master of Divinity at Regent College. Together with his wife, Frances, he led many individuals to Christ. Their efforts resulted in the establishment of two congregations in the greater Vancouver area. In order to further his ministerial abilities, he enrolled in the Doctor of Ministry program at Fuller Theological Seminary. He finished the program in 1998, with a concentration on leadership development. His doctoral dissertation became the basis for his first book, The Leader for the XXI Century, published by Unilit.

The Sanchezes moved to McAllen, Texas in order to teach at Rio Grande Bible Institute. Jorge taught several courses, including Leadership, Preaching and Pastoral Ministry. They also continued their pastoral ministry among the college students and at churches on both sides of the American/Mexican border. During these years, they developed a radio program called Realidad (Reality), designed to share the Good News of Christ. The program is now broadcast on a growing number of radio stations throughout North, Central and South America, and around the world through the Internet.

In 2004 Pastor Jorge was called to become the pastor of Comunidad de las Americas (CDLA), the spanish-speaking community of Lake Avenue Church. Together, Jorge and Frances have a growing ministry to the Body of Christ through preaching and teaching the Word of God. They have been invited to share in crusades, seminars, and special events across Latin America. Jorge and Frances continue to serve in ministry together in CDLA along with their son, Christopher. 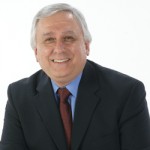