Scott White came to faith at Lake Avenue Church and has called it ‘home' since the early 1970s when his family began attending Lake. During that time at LAC he has served as a volunteer on the College Dept Staff, was a founding member of the Geneisis Fellowship and co-teacher/discipler of the Twenty Something/CrossRoads community. For over 20 years, he was in business in the San Gabriel Valley region, operating a contracting business that he began and built while attending UCLA, where he majored in English Literature and Creative Writing. In 1999, Scott joined the staff of Lake pioneering the role of Missions Mobilization Coordinator. In 2003, he joined the pastoral team as Pastor of Global Outreach.  In addition to that he has served the church as Interim Lead Pastor for its Warehouse ministry and also f as LAC's Interim Executive Pastor.

Scott's ministry focus has been on mission mobilization within the local church context, at Lake and throughout the So Cal region since the mid 80s, through both group and individual leadership development. Education, coaching and ministry has taken him to North, West and East Africa, Europe, India, Southeast Asia and the Far East. He has served in national leadership for the Perspectives on the World Christian Movement, as well as being a popular Perspectives instructor himself. Currently Scott serves as a consultant to Go Corps  and has served on the Boards of Directors for Global Opportunities and B4C, both facillitate Business as Kingdom activity. A specific area of interest is helping ministries and churches partner together for greater effectiveness, coming out of his associations with Interdev and World Relief. Scott currently serves on the Board of Directors for visionSynergy which is focused on building partnerships for Unengaged and Least Reached Peoples and on the Board of the Turning Point Project focused on helping Arabic speakers share the full story of Jesus to Muslim peoples.

Scott and his wife Nancy, who owns a retail business in Pasadena, were married in 1982 and live in Temple City.   Scott's major vice is Dodger baseball and the unflinching belief that someday Bruin Football will do him proud and stop contributing annually to the otherwise godly pursuit of humility. 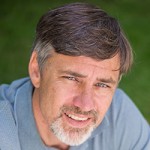